As the number and size of waterfront houses increased, shoreland zoning regulations became necessary to protect water quality, fish and wildlife habitat, and property values. In 2015 the Wisconsin legislature has relaxed that protection and prohibited local control of shoreland zoning.
On Wednesday June 29th Iron County Lakes and Rivers Alliance will sponsor a program on the changes in shoreland zoning enacted by the legislature.  Join us at the Pines Beer Garden in Mercer, at 6:00PM, when Wisconsin state senator Janet Bewley will discuss the loss of local control over our waters. Bob Martini, Wisconsin Department of Natural Resources, retired, will explain how the new laws affect shoreline protection. 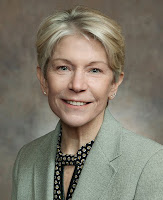 Janet Bewley represents Wisconsin’s 25th Senate District, which covers 7,500 square miles in northwestern Wisconsin along both the Minnesota and Michigan borders and the shore of Lake Superior.  She was elected to the Senate in the fall of 2014 after serving two terms in the Wisconsin State Assembly.  Janet’s 30-year professional career in northern Wisconsin includes serving as Senior Community Development Officer at the Wisconsin Housing and Economic Development Authority, Dean of Students at Northland College and Executive Director of the Mary H. Rice Foundation.  Janet’s work for WHEDA included travel to every corner of northern Wisconsin. 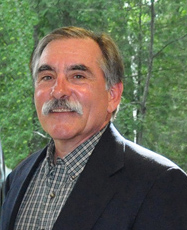 Bob Martini served 32 years at DNR leading the Wisconsin River cleanup, acid rain research, Central Sands groundwater work, and dam licensing/removal work statewide. He won the DNR's Brogan award in 1983 and was given the North American River Management Society Career Achievement award in 2014. In retirement he has served on about a dozen boards related to environmental protection and higher education.

It is important for citizens to understand how the recent legislation influences not only protection of water and wildlife and fish habitat, but also the value of real estate. Previously counties and municipalities could make rules more restrictive than state laws to protect the shores of the lakes and rivers within those jurisdictions. Rules such as waterfront lot size, dock size, and filling of wetlands must now comply with state law.  Come to the Pines at 6:00 PM, June 29th to learn the significance of these changes.

Iron County Lakes Alliance was formed in 2001 and became the Iron County Lakes and Rivers Alliance in 2012. The purpose of this non-profit organization is to protect county waters through education and communication and to advocate for riparian owners and lake and river associations in county and state government. Membership is open to lake and river associations and to individuals. Programs are free and open to the public. For more information or to make your voice heard by joining ICLRA, email ironcountylakesandrivers@gmail.com or call 715-476-2881.
at 6:35 AM